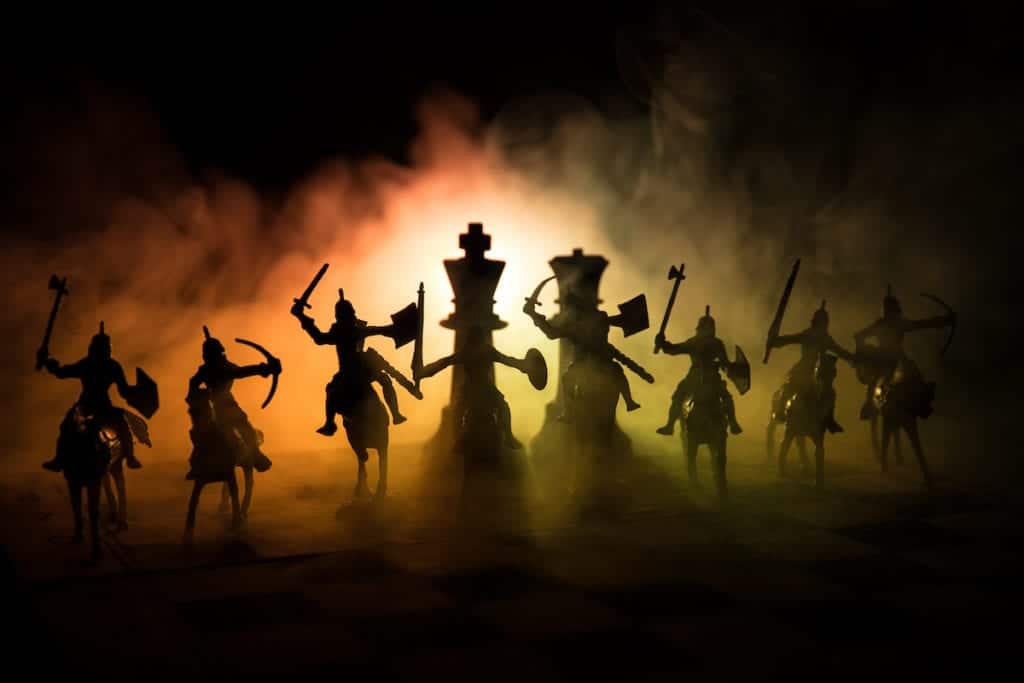 The D-Day landings simply had to succeed.

Germany was rolling across Europe unopposed, and Allied troops landing at the Normandy beach front was the only hope of stopping the most brutal dictator the world had ever known.

Today, we breathe a sigh of relief knowing the outcome of WWII. However, D-Day (and possibly the war) could have had a completely different ending because of one simple and absurd reason: Hitler was asleep.

He had a frequent habit of staying up late into the night watching movies and having fun, then sleeping past noon. June 6, 1944 was no different. When German intelligence reports rolled in at 4:00 a.m. saying the Allies were invading, his generals didn’t take the reports seriously. The weather in Normandy was terrible so they figured it was a trick. Nothing could be confirmed for several hours, and no one was about to wake the unstable and temperamental Führer with rumors! People had been demoted for less.

So for about 12 hours, while Hitler’s aides waited to tell him what was happening, Allied forces took advantage of confusion and indecision and achieved a foothold that ultimately won the war.

The German aides responsible for passing vital information to their leader were indecisive about whether or not to wake him because they valued their comfort over the risk of being wrong.

Many times in business, we act a lot like those aides.

When faced with an important decision, we do nothing.

We say we’re gathering information. Or we’re weighing our options. Mapping out pros and cons. Chewing on it. Meditating. Analyzing.

But what we’re really doing is stalling. And that indecision costs us money.

The fact is, choosing to do nothing is a choice.

Think about it this way: Imagine yourself in a canoe on a small river. The water is moving, but not too swift…nothing you can’t handle. Now, the spot where you want to go is upstream. So you have a couple of options:

You obviously don’t want to paddle downstream. Even though it would be a lot easier, it’s the wrong direction! As long as you paddle upstream (which will take some effort), you’ll be headed towards your goal. So you really only have one option, right?

Wrong. There is a third option that we choose way to often: sit and do nothing.

In business this looks like “we’re just weighing our options” (more like “ready…aim…aim…aim…”). But in a canoe, it looks exactly like going downstream–away from your goal–because the river is still moving!

You can’t afford to be indecisive!

What causes indecision? I think there are at least five things:

Because we at Patrick Accounting want to see you win and see your profits soar as you make great decisions, here are a few things you can do right now to exercise your “decision muscles” and see some quick wins:

Don’t let indecision steal your profits and rob you of opportunities to grow.

It is always better to act than to choose to do nothing. President Calvin Coolidge once said, “we can’t do everything at once, but we can do something at once.”

Andy also says, “people move out of the way for a person on the run, and others are caught up in the runner’s wake.” And we couldn’t agree more!

Patrick Accounting is laced up and ready to go with you! We’ve got a team that understands small business finances and can partner with you to help you win.